Best Fuzzrite Clones and Evolutions in 2023


You can find more comprehensive coverage of all kinds of fuzz pedals in our fuzz category. Using our affiliate links for buying helps support our blog at no cost to you. 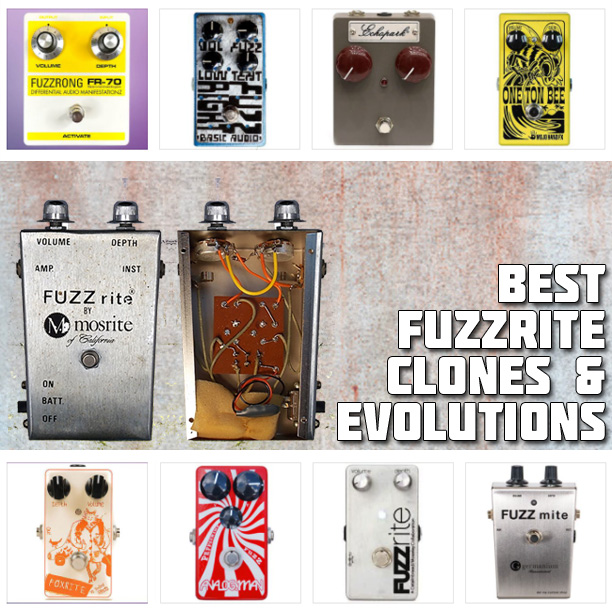 A Brief History of the Mosrite Fuzzrite

Probably the rawest, buzziest and, dare we say, gnarliest-sounding of vintage fuzzes, the Fuzzrite was first introduced around 1966, making it one of the first fuzz pedals available for purchase. Built by Californian guitar company Mosrite after a request from rock instrumental group The Ventures, and based on an obscure early fuzz circuit, the Fuzzrite became a favorite of ’60s other garage and psych bands of the day such as Iron Butterfly, The Stooges, but was also used occasionally by Jimi Hendrix.

With its particular design that blends in a 2nd gain stage through the Depth knob, the Fuzzrite could go from trashy distortion to full-on fuzz with hints of upper octaves. You can hear the Fuzzrite on the iconic guitar solo for “I Wanna Be Your Dog” by The Stooges.

The first several versions of the pedal were based on a germanium transistor, which was then replaced in 1968 by a more stable but even more abrasive-sounding and less touch-sensitive silicon one. Circuit historians can find a detailed article about the history of the Fuzzrite here.

The Best Fuzzrite Clones and Evolutions

Although legendary in its own way, the Fuzzrite never became as ubiquitous as other fuzz circuits like the Tone Bender, the Big Muff or the Fuzz Face, and the reason behind that is in all likelihood due to taste. However, in a sea of short-lived pedal releases inspired by that circuit, there are a handful of solid choices that would nicely integrate any fuzz lover’s sonic arsenal. We list them below what we think are the best Fuzzrite clones and evolutions. 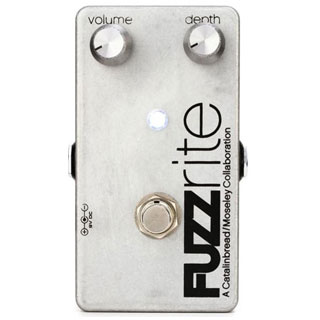 $159 | Click title for video. Buy it new from Sweetwater, Thomann or Amazon | Look for deals on Reverb.

Though the Mosrite company went bankrupt in 1968, Catalinbread reached out to the family of Robert Moseley to re-engineer a modern, quintessential and consistent-sounding version of the Fuzzrite (the original units greatly vary in tone). The same simple circuit as the original is used, but modern updates are added such vintage NOS transistors, true bypass, a 9v adapter and a compact enclosure. Just like the original, it features a depth control that blends in a second gain stage.

In 2022 the Portland-based company released a Germanium Fuzzrite, inspired by the early Mosrite units, but also featuring a “modern” voice with beefed up lows. 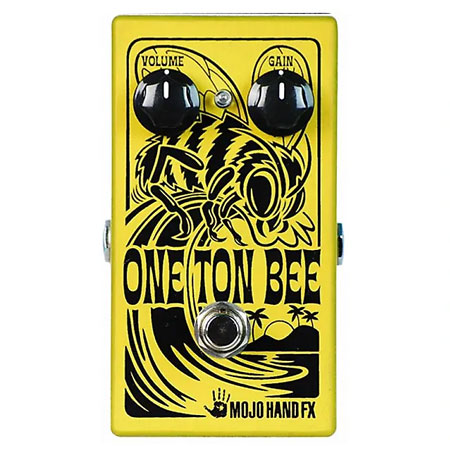 Mojo Hand made the One Ton Bee in tribute to The Ventures and their surfy, fuzzy guitar hooks. More affordable and readily available than the other pedals in this list, the One Ton Bee comes in a compact enclosure and retains the original Fuzzrite two-knob layout, but with more volume on tap and a dynamic fuzz that will dramatically respond to your guitar, pickups, and volume. 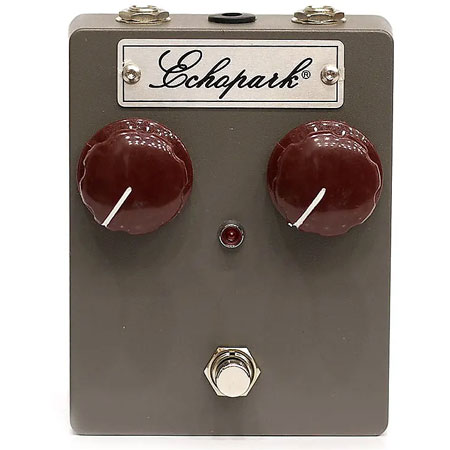 The F-1 is a unique take on the Fuzzrite, using germanium transistors like the original. Intending to allow the player to nail original Fuzzrite tones in addition to more saturated modern sounds, a slightly more expensive version of the F-1 also features a diode clipping switch for additional textural options. 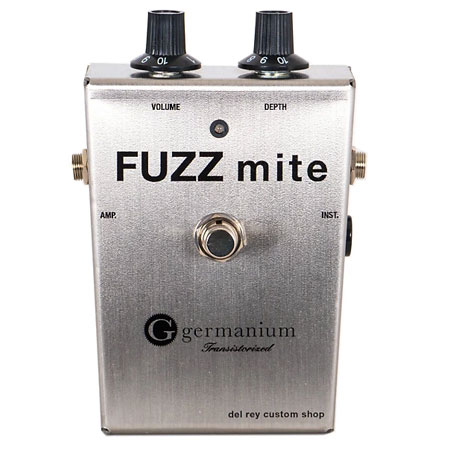 Effect designer John Green has been building the FUZZ mite, a high-end Fuzzrite clone, since the early ’10s, both in the silicon and germanium version, first under his own name, and currently under the Del Rey Custom Shop label. Voiced using an original unit as a reference, his pedals aren’t cheap but feature correct spec matched and auditioned transistors found in the original. 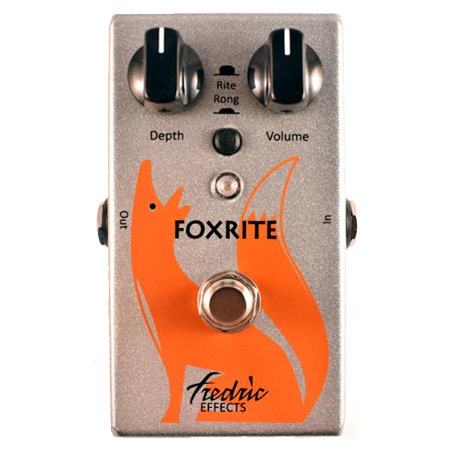 A Silicon-based, hand-wired clone of the Fuzzrite in a compact case, the Foxrite improves the original circuit with the addition of a boost stage to bring the volume up to modern standards. Also, a button switch in the center of the pedal called “Rite/Rong” offers two voicings: vintage and modern. 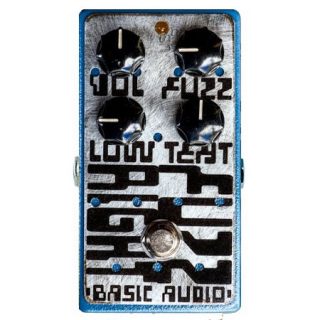 Two hand-built Fuzzrite-inspired pedals using germanium transistors by the same one-man builder. While the now discontinued Pale Rider sticks to two controls (although replacing the original’s “Depth” knob with a ‘Tone” one), the more recent Fuzz Right adds a Low-End Boost and a Texture control. These are aggressive-sounding fuzzes that will change in character and intensity based on the position of your guitar’s volume knob. 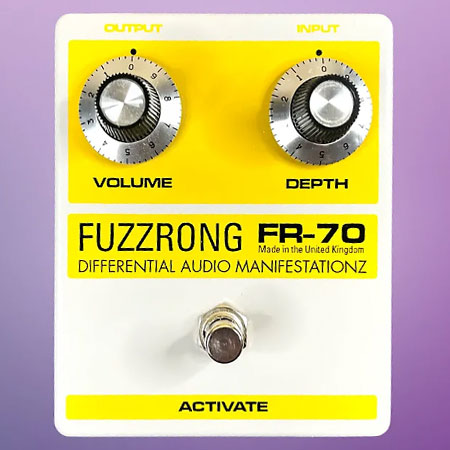 ~$850 | Click title for video. Check for availability on eBay and Reverb.

An out-of-production germanium Fuzzrite clone that stood the test of time, as demonstrated by the fact that it sells for a small fortune on the used market. It sounds a little warmer than the original and has a tighter midrange, cleaning up nicely when you turn down the guitar volume, while interacting well with other gain pedals and amps. 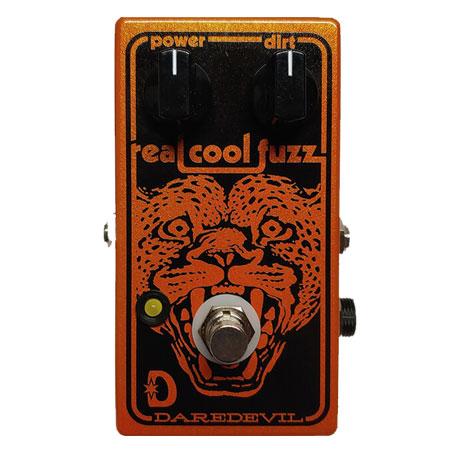 A hand-wired pedal made for garage rock guitarists (think Stooges), this is a heavily modded Fuzzrite clone that tames the piercing highs without loosing the raunchy tone of the original silicon circuit. Deeper than the original thanks to a slightly more pronounced sub-octave harmonic, it’s also more dynamic and defined. 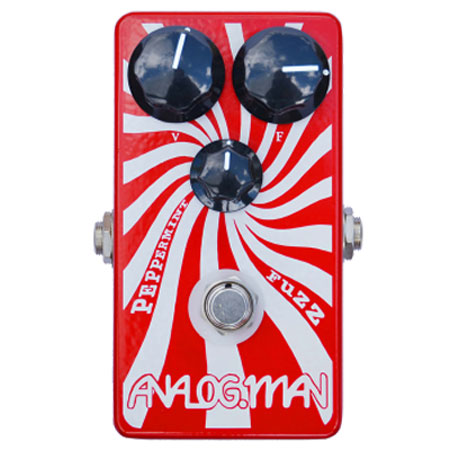 Not solely inspired by the Fuzzrite, but by buzzy, sputtery 60s garage rock fuzzes in general, the Peppermint Fuzz features Volume, Fuzz, and a unique Buzz control. Turning this knob changes the timbre of the distortion from soft to hard-edged, allowing the player to get muffled mellower tones or cutting buzzsaw sounds.

Catalinbread Fuzzrite vs the original