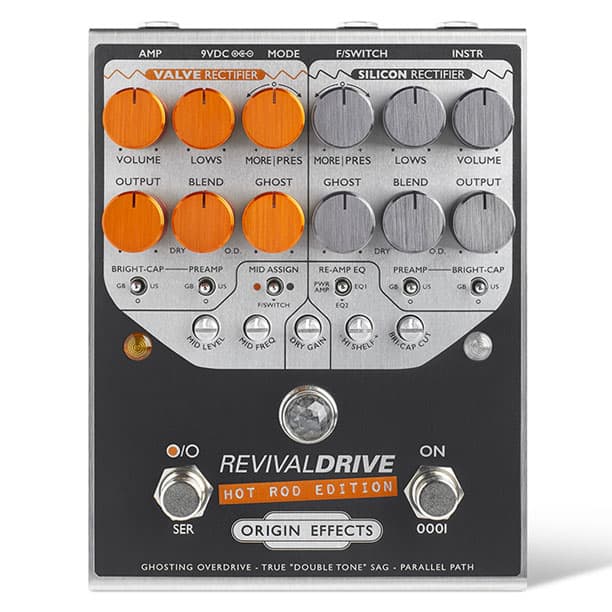 Real Amp Tones From Real Amp Circuit Behaviour
Using all-analogue components and replacing the valves with discrete transistor-based circuitry, we’ve recreated every stage of the signal path you’d find inside a vintage valve amp. This includes not only the preamp, phase inverter, power amp and rectifier stages, but also a synthesised mains power signal to let the RevivalDRIVE Hod Rod sound and interact just like a classic valve amplifier.

We have unearthed and analysed some of the most influential mods created by notable amp techs of the early ‘70s then applied them to the RevivalDRIVE Hot Rod’s valve amp-style signal path. These mods pushed the sonic boundaries of these classic amps and ushered in an era of heavy rock bands and super-saturated guitar tones. The result is a pedal that retains the RevivalDRIVE’s astonishingly amp-like response but covers a completely new expanse of tonal territory.