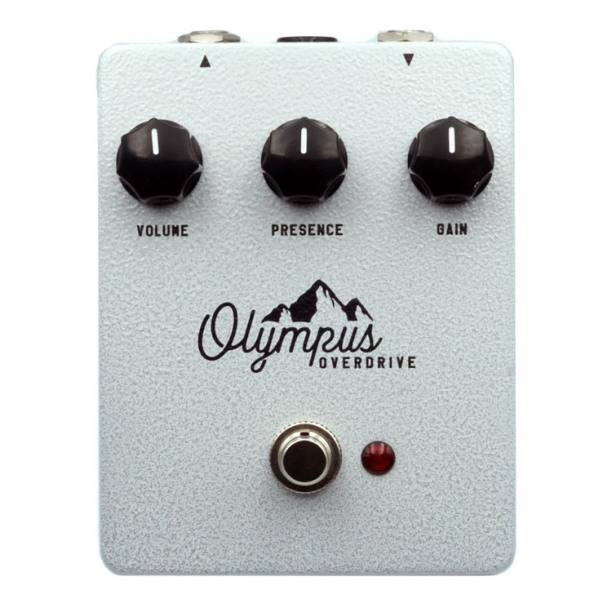 In a few years, Nashville’s Mythos Pedals has built a super-solid reputation with its sweet-sounding collection of dirt box sporting names often inspired to Greek mythology.

Today they announced a new, three-knob overdrive named after the mountain the Greek gods called home: Olympus. It’s part of a new, high-end series of stompboxes called “Spartan” – another reference to a legendary (but real) Greek-based nation famous for its mightily effective but no-frills approach to war.

The Olympus is inspired by the Gainster/Hoochie Mama circuit, two pedals sharing the same circuit topology that have been gaining buzz in the last few years, delivering a tone comparable to the classic Tweed amps.

The knobs are wonderfully interactive and the gain knob can take you from a natural boost to a rather aggressive overdrive.

Check out the first video of the Mythos Pedals Olympus by Demos in the Dark.

The first in the “Spartan” series of pedals from Mythos. This series is an homage to my earliest builds with a labor intensive design that uses the best possible components. The Olympus Overdrive is the first of this series and is a tribute to the incredible Gainster/Hoochie Mama circuit that has become must sought after on the used market. For the uninitiated this original circuit is known by many as a “Klon-Killer” and for good reason, it’s an powerful yet musical overdrive that only enhances what you already have.

The Olympus features Volume, Presence, and Gain controls. These three knobs are incredibly interactive, the tonality changes with the gain low and high so you have to use the Presence to voice the high end to fit your rig depending on how much gain you like. The overall voicing is ever so slightly mid-pushed and is often compared to classic “Tweed” amps of yesteryear. The Gain control allows you to go from a very natural boost to a gnarly drive sound that doesn’t step on the toes of your rig, just nudges it to an angrier sound.

The “Spartan” Series features the highest quality components I could find. Low Tolerance Carbon Comp Resistors, Large Wima Capacitors, as well as Silver Mica and Polystyrene caps offer up the smoothest and most natural high end. The Op-Amp in this circuit is a Texas Instruments TL072CP which has incredibly low noise and in overdrive circuits it offers up an responsive feel with nice clarity. As for hardware we’ve chosen to use Lumberg DC Jacks, Switchcraft Input/Output Jacks, and the brand new Gorva 3DPT Foot switches.

In addition to all the high quality through-hole style components the “Spartan” series features SMT designs that do all of the power filtering and protection as well as other utility features. None of the SMT components are in the audio path of the pedal.