Suhr’s background covers a range of guitar-related products, including guitars, amps, pickups and effect pedals. He got his start in New York City in the 1980s, making repairs at the shop of famed vintage guitar dealer Rudy Pensa. While there, Suhr performed work for players that included Reb Beach, Steve Stevens, Peter Frampton and G.E. Smith. Eventually, he and Pensa launched their own Pensa-Suhr line and built a signature model for Knopfler that is undoubtedly their most famous guitar.

In 1991, Suhr moved to Los Angeles, where he worked with guitar rig builder Bob Bradshaw of Custom Audio Electronics before joining Fender’s Custom Shop in 1995 as a senior master builder. During the 1990s, Suhr also crafted pickups for players like Scott Henderson and Bill Frisell.

In 1997, Suhr and Steve Smith created JS Technologies (JST), which over its 20 years has grown from a guitar maker to a company that offers a full line of Suhr-branded products. In 2004, JST entered the high-end amp market, and in 2007, the company debuted its Aldrich Signature humbucker pickups.

From there, it was only a matter of time before JST launched its first Suhr-branded effect pedal. In 2009, the company introduced the Koko Boost, Shiba Drive and Riot distortion pedals. They were big hits among effects connoisseurs, many of whom considered the Riot to be among the best high-gain distortion pedals ever made.

Today, JST offers 15 Suhr-branded effects, including distortion, overdrive, boost, fuzz, modulation and compression pedals. They have a whole lotta dirt pedals for you to choose from, so in addition to checking out all the pedals in the gallery at the bottom of this post, take a look at this video comparing three of their most popular overdrives: the Shiba, Shiba Reloaded and Kiko Loureiro Signature Shiba Drive Reloaded.

You can watch demos of all the Suhr’s effect pedals in the galleries below. Visit the company’s website for more information.

Click on the thumbnails to see a video of each pedal. 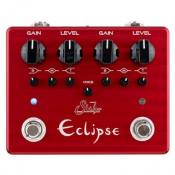 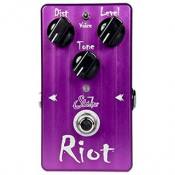 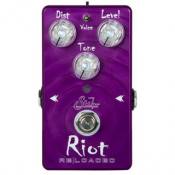 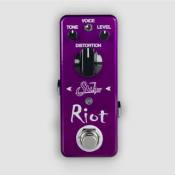 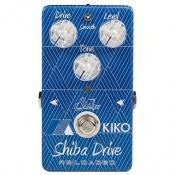 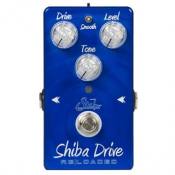 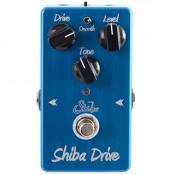 Suhr Shiba Drive
Smooth sounding, provides players with a wide variety of fat rhythm and warm lead tones. Very popular among players seeking an OD that can be used in conjunction with both their amplifier’s clean and overdrive channels. It also has a pronounced mid-range character.
1st tap: info, 2nd tap: video
Ebay 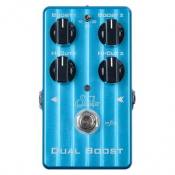 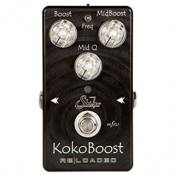 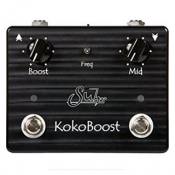 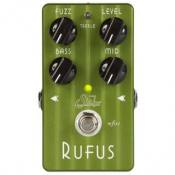 Suhr Rufus Fuzz
A unique fuzz pedal designed to offer a wealth of fuzz tone effects with the dynamics and tactile response of a tube amplifier.Covers anything from the historic tones created at The Fillmore East back in ‘69, or the more aggressive, mid-scoped characteristics of the Grunge-era.
1st tap: info, 2nd tap: video
Ebay 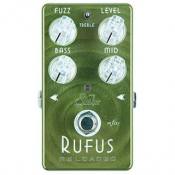 Suhr Rufus Reloaded Fuzz
Adds a dynamic and tactile octave-up effect. Powerful and easy to play, the octave-up responds evenly across all of your instrument’s pickup selections and the entire fingerboard – effortlessly delivering the iconic “Band of Gypsys” tone at your fingertips.
1st tap: info, 2nd tap: video
Ebay 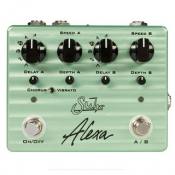 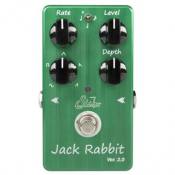 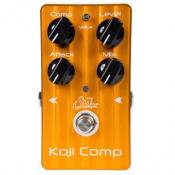