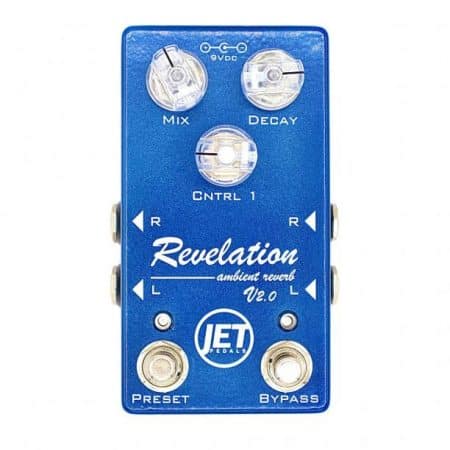 These are the pedal’s reverb modes:

There’s also a momentary footswitch effect: by pressing and holding the Preset Switch you get Infinite Decay (over 1 minute).

More info here, check out the videos below. We added this pedal to our list of the Best Multi-Mode Compact Reverbs with 3-4 modes.