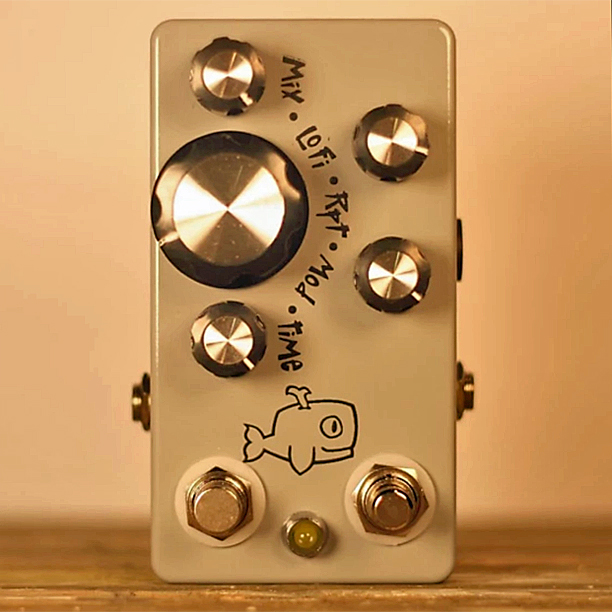 Hungry Robot’s Moby Dick is well known for its chimey, tape-emulating delay line. With its slightly lo-fi imperfections and subtle modulation, the pedal is a “back-to-basics” effect in the world of multimode DSP delays.

The newly updated Moby Dick V2 brings a number of improvements to this celebrated pedal. In addition to a smaller footprint, it features some exciting circuit updates that further explore the sonic capabilities of tape-emulation, specifically in a “lo-fi, wrecked-tape” context.

While the original pedal emulated the gritty saturation of tape delay, the Moby Dick V2 pushes this to the limit via a new Lo-Fi knob, which allows players to add even more tape saturation to the delay line. The circuit accomplishes this by applying pre-gain amplification to the front end of the PT2399 delay chip, which responds with warm and organic character.

The Moby Dick V2 also improves on the original’s subtle chorusing effect, increasing modulation depth dramatically to more extreme pitch-bending territory. Crank up the Mod and Lo-Fi knobs, and you can create an effect similar to that of a broken tape-deck. But dial the controls back, and you can achieve the character of the original Moby Dick pedal.

Watch the videos below, and visit Hungry Robot Pedals for more information and to order.