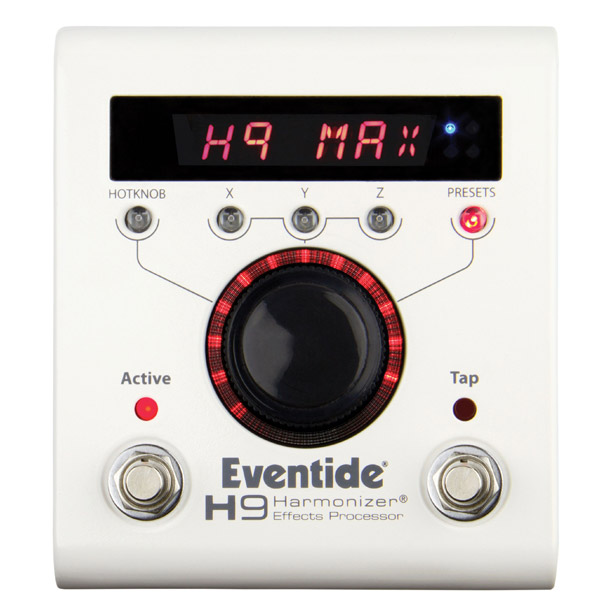 Few manufacturers can claim Eventide‘s record in delivering top-notch and lush sounding studio and pedal gear. The Eventide H9 looks and feels like a clear departure from their line of stompboxes: whereas those black pedals immediately conveyed an intimidating feeling of depth of features (which can scare some musicians away), this brand new product, in its glorious white case, looks like an inspiringly simple device.

What will make Eventide’s fans salivate though, is that the H9, which features stereo in/outs, expression input and Midi and USB connections, not only comes loaded with a set of Eventide’s most popular algorithms taken from each one of their 4 stompboxes – plus an exclusive UltraTap Delay – but it can actually run (on at a time) any effect from any of the Eventide line of pedals through a pay-for-patch system ($20 for any extra algorithm). It’s like a “Best of Eventide” + your own favorites!

For live performances, presets can be recalled using the footswitches (the big knob can also be “stomped” on for extra features), while effects can be edited in depth through the various Mac/PC programs and now also through an iOS app – a first for Eventide.

Check out Living Colour Vernon Reid’s reaction to the H9 here, and a few more demos of the pedal.