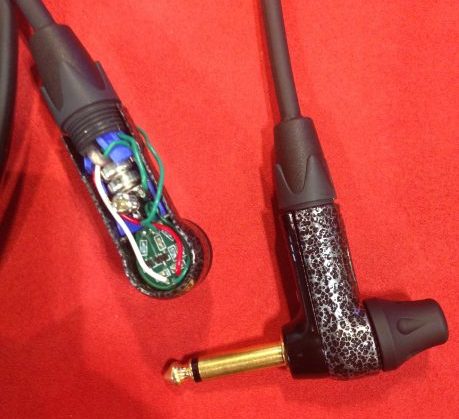 By far the most mind blowing thing we saw at Summer NAMM 2017 was… a guitar jack by ProCo. Yes, because in that guitar jack there is actually the distortion circuit of a RAT pedal!!!

The RAT doesn’t have a complicated circuit, but stuffing it in such a tiny enclosure is no easy feat. Of course, the device – which should be presented at Winter NAMM 2018 – will not work exactly like a regular RAT, although it promises to sound the same. The knob on top of the jack will have 4 positions: one “off” that bypasses the circuit and three “on” settings at varying gain levels.

In an era when everybody is concerned with saving board space and traveling light, the RAT folks have come up with a guitar effect that takes zero space on your board and weighs hardly anything.

Because of this the RAT Distortion jack wins our (unofficial) “Best of SNAMM Show 2017” award!