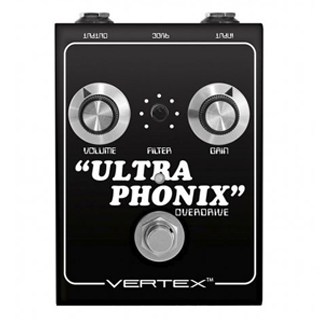 The Vertex Ultraphonix is an overdrive inspired by the sound of the legendary and ultra-rare Dumble Overdrive Special amps. It was built using four of those amps built between 1970 and 1990 as a reference.

Here are a few recent videos of this pedal: