The Wah Pedal Inductor: The Secret to Your Favorite Wah Tone 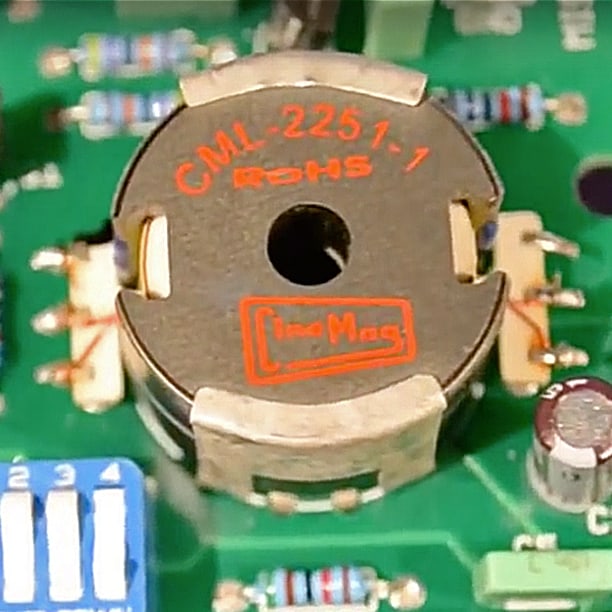 The wah pedal has been with us since 1967, and like most effects, it’s undergone changes during its long run.

Some of the most tonally significant revisions have involved the wah inductor. Of all the components in a wah pedal, nothing gets as much attention from guitarists as the inductor, and with good reason: It’s the part most responsible for the effect’s character. Depending on the type of inductor in a wah, the effect can be smooth and vocal-like, clean and quacky, or harmonically rich and cutting. If you’re looking for a specific sound from a wah, it can be helpful to know the differences between inductors and then look for a pedal that uses the type that can most closely achieve your tonal goals.

Regardless of the method used, the result is the same. As the user rocks the foot pedal back and forth, it moves a potentiometer inside the pedal, which in turn changes the amount of current flowing through a capacitor. The inductor responds to this change in the capacitor by moving the filter’s resonant peak up or down, accordingly. This produces the distinctive “wah” guitar sound we’ve come to associate with everything from psychedelia to funk to reggae to hard rock and metal.

SO WHAT’S THE INDUCTOR DOING?
An inductor consists of wire coiled around a magnetic core, usually one made of iron. When electric current is passed through the inductor, it temporarily stores the energy as a magnetic field until the current is turned off.

But here’s the thing: Because inductors resist a change in energy, the current in them can’t change instantly. As a result, once the electric current is cut off, the inductor will gradually release its charge until its stored energy is completely released. This lag in the inductor’s response has the effect of smoothing out abrupt changes in current—which is one reason why you’ll find inductors in power supplies, where they work with capacitors to smooth out potentially damaging ripples.

Here’s a video that explains how inductors work and demonstrates an application of them.

So what does an inductor do in a wah pedal? As we said above, it works together with a capacitor to move the cutoff frequency. Thanks to its ability to even out the changes in the current passed by the capacitor, the inductor produces a smooth and natural-sounding sweep as it shifts the filter’s resonant peak. In addition, inductors have sonic properties all their own that they impart to the filter and can add a sweetness to its tone.

Bear in mind, the inductor isn’t the only factor in the effect’s tone. The capacitor used in the circuit is also important—smaller values increase the filter’s sweep range, while larger values decrease it. Resistors, meanwhile, affect the sharpness of the resonance: larger values make the resonance band narrower and peaky, while smaller values spread it out and dampen the wah effect.

Still, the inductor is the main component that affects a wah’s overall character. Let’s look at the main types of inductors used in wah pedals.

WHAT TYPE OF INDUCTOR?
There are many varieties of inductors, but the main types are halo, Fasel, stack of dimes and TDK.

Halo
The halo inductor appeared in the original Clyde McCoy wah created by the Thomas Organ Company in 1966. This variety gets its name from its shape, which is round with a hole in the center (although it’s also known as a trash can inductor for the same reason). The halo inductor produces a smooth, vocal-like tone, but original examples could add undesirable microphonic squeal. The designs of many modern examples have overcome this problem. Dunlop has its own trademarked Halo inductor that improves upon the original’s microphonic deficits. Fulltone uses its MU-80 halo-inspired inductor in its wahs, and BBE, Mission Engineering and Arteffect also have their own versions.

Fasel
Available in red and yellow varieties, the Italian-made Fasel inductors are among the most popular of these components, thanks to their sound. Spectrum analysis shows that they generate ear-pleasing second- and third-order harmonic distortion. Fasels were used in some of the early Vox wahs, and they are frequently found in modern wahs. The red version tends to have a deeper tone and stronger emphasis of the fundamental frequency, whereas the yellow model has a smoother-sounding sweep. Most guitarists feel the yellow Fasels have a more vintage sound and the red ones sound more modern. Bear in mind, however, that the tolerances of Fasels will vary, so whether you prefer red or yellow, no two of either variety will sound exactly alike.

Stack of Dimes
The Stack of Dimes inductor looks like three or four dimes atop one another and covered with a dark reddish brown material. Originally found on 1968–’69 Vox wahs, they’re known for their harmonically rich and cutting vocal quality. Few modern pedals are made with this inductor, and original stack of dimes are hard to find, but modern versions do exist. Arteffect Audio makes both halo and stack of dime inductors. In addition, the company makes the Bonnie Wah, which features a halo-style inductor, but at present it does not offer a wah that uses its stack of dimes inductor.

TDK
The Japanese TDK 5103 inductor is a dark reddish brown rectangular box. There was also a round variety, which is reportedly rare. The 5103 appeared in some Thomas wahs, and Vox used it in its King Wah. Of all the inductors, the 5103 seems to produce the widest variety of opinions. Some guitarists dislike it, while others say it’s warm and vocal. I know of no modern wah pedals that use the TDK 5103, so consult the vintage market.

There are several other varieties of inductors, and if you like to mod pedals, you can take advantage of them. One popular option is the Whipple inductor, a hand-wound inductor manufactured by Dandy Job. The company offers complete upgrade kits for those who want to do the job themselves.

WHAT PEDAL? WHICH INDUCTOR?
Most modern wahs use inductors based on the halo and Fasel designs, but a couple of manufacturers make pedals using vintage or modern stack of dimes inductors. We’ve separated the options out for you in the galleries below.

Halo-Style
The popular halo-style inductor can be found on many modern pedals, including these varieties from Vox, Dunlop, Fulltone, Mission Engineering, BBE and Arteffect. 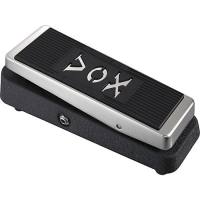 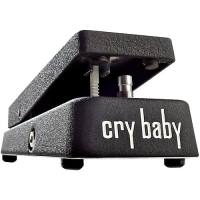 Dunlop Clyde McCoy Cry Baby CM95
$199 - An emulation of the first wah pedals featuring a Halo inductor. Like for the original, the sound is throaty and the sweep wide-ranging, but improvement in the halo design make it sweeter sounding and more stable.
1st tap: info, 2nd tap: video
Sweetwater 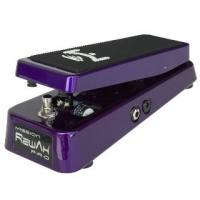 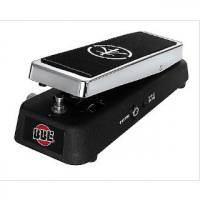 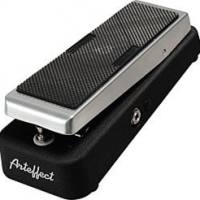 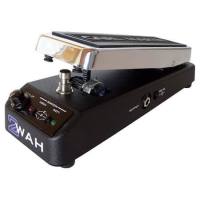 Carl Martin 2Wah
$187 - A unique wah with two completely different tunings (red is bassier for lead and green is thinner for rhythm) are accessible on the fly. The mode can be switched through a heel click. Each side has three additional tunings. The Attack knob makes the effect sound more pronounced and react faster.
1st tap: info, 2nd tap: video
Ebay

Stack of Dimes
There aren’t many places to turn if you want a wah with a stack of dimes inductor. Short of finding a vintage model, check out these excellent modern offerings from Real McCoy Custom and Joe Gagan. 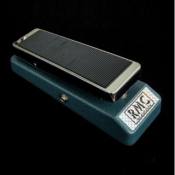 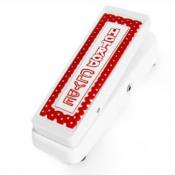 Fasel or Fasel-Style Design
The pedals in this group feature the Fasel inductor or an inductor modeled after it. The Dunlop Cry Baby Classic GCB95F and JAM Pedals Wahcko+  use a red Fasel, while the Mission Engineering Rewah Pro uses the yellow inductor. (Though it appears to be discontinued, the Rewah ST can be found at some online stores as well as eBay and Reverb.com.) The Budda Budwah features a Fasel-inspired inductor, and Dunlop’s CAE WAH has both the yellow and red Fasels, with a switch to let you choose between them. 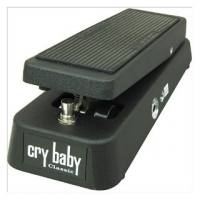 Dunlop Cry Baby Wah GCB95
$79 - A modern interpretation of the classic pedal from the '60s that change the sound of Rock'n'Roll. Retains the expressive character of the legendary red Fasel inductor with a more focused high end and a more aggressive and accentuated wah sound.
1st tap: info, 2nd tap: video
Sweetwater 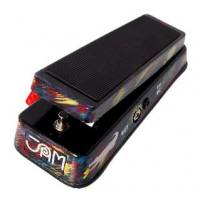 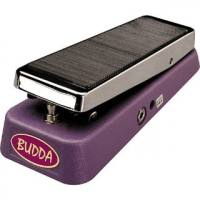 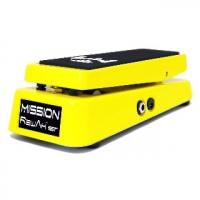 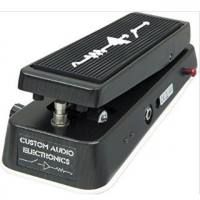 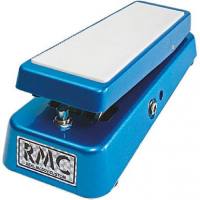 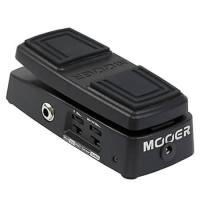 Mooer Free Step
$118 - A Fasel-based wah pedal that can turn into a volume pedal on the flip of a switch. Both effects can be fine tuned through the "Q Range" and "Min Vol" dials on the side of the pedal. The Sensor switch lets you activate the pedal by just putting your foot on it.
1st tap: info, 2nd tap: video
Ebay 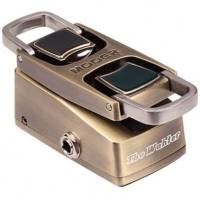 Mooer The Wahter Wah
$108 - A clever mini-wah with extending arms that sports a Fasel inductor with some custom adjustments. It sounds just like the classic. It gives you the option to switch it on by simply put your foot on the pedal.
1st tap: info, 2nd tap: video
Ebay

Morley, a company that specializes in volume and wah pedals, engineered their own inductor, the MQ2, to be less susceptible to EMF interference. Their previous model, the HQ2, was used in their pedals from 1996-2012. But some of the company’s most famous designs, like the now discontinued Power Wah, were Inductor-less, which gave them a much harsher tone that became a Morley signature. 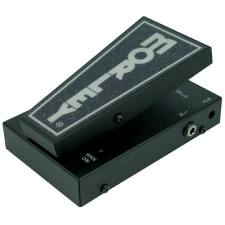 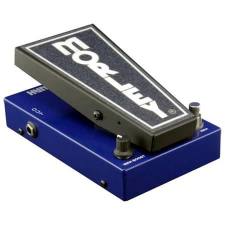 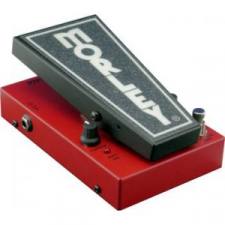 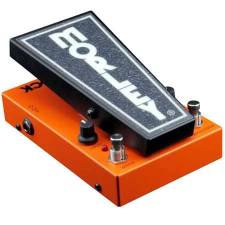 Well, yes, wah pedals can exist without an inductor as well. In most cases, these wahs use a variable active filter containing only resistors and capacitors. We’ll quote here Bruce from Gig FX about the prod and cons of inductor-less wahs:

“The inductor circuit is highly dependant on the properties of the inductor, which is one of the least ideal components known to man and may change from batch to batch due to dimensional tolerances and variations in the properties of the magnetic core. Another issue with inductors is that the Q of the tuned circuit cannot be maintained over a wide sweep. Consequently, many inductor-based wahs have a sweep range selector switch to allow coverage of a wider band. A third problem is that many inductor circuits use a potentionmer to vary the sweep, and as we all know, these can be unreliable over time. R-C active filter wahs, on the other hand, have the capability to sweep a much broader spectrum and can extend much lower and higher in a single sweep without the need for a range selector switch; this allows the player’s foot to choose the sweep range.