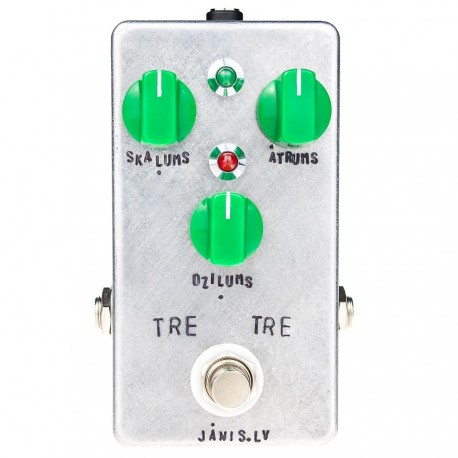 As some of you may gather from the “.lv” in its name, Janis.lv shares the country of origin with one of the most “out there” pedal companies of the decade: Latvian Gamechanger Audio. And that’s pretty much the only thing the two companies have in common, since J?nis.lv makes incredibly simple and streamlined pedals. Although, truth be told, Janis has been in business for much longer, since 2009.

Here we have the Tre Tre tremolo, a 3-knob, 100% analog device. Since for pedals as simple as this one the beauty is all in the sound, we’ll let you hear it without further ado, in this outstanding video by Ponderer Sounds.

The controls are for Volume, Speed and Depth.