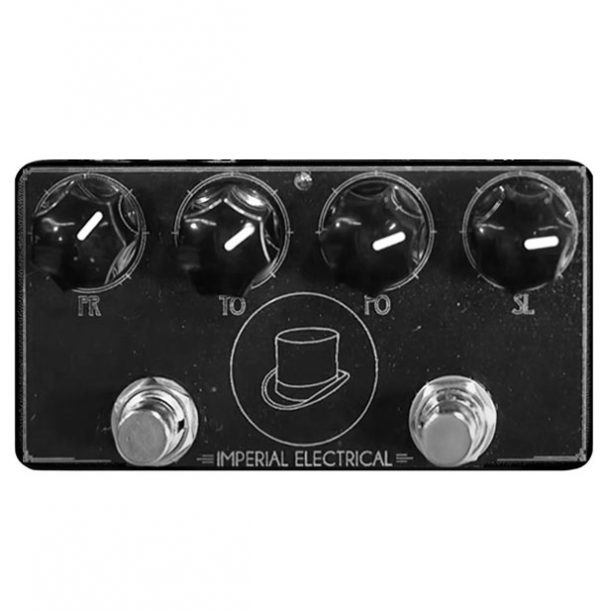 Presented at the NAMM 2022 show with a projected availability for the late summer, the Imperial Electric Appetite is a pedal that puts the modified Plexi sound of Guns’n’Roses guitarist Slash, in a box.

Imperial Electrical is a new company out of New Zealand founded by Ben Fulton, the owner of Red Witch Pedals, together with a friend, and if the first two releases are any indication, it seems laser-focused on building amps-in-a-box pedals recreating the sound of legendary bands and in some cases even albums, and in the case of the Appetite, that album is obviously Appetite for Destruction.

The guitar sound in that record featured a modded Plexi with an extra gain stage and had an audible mid-range bump almost as pronounced as a cocked wah, features you can find in this pedal.

The two circuits are stacked on top of each other (boost before drive) but can be played separately, delivering up to three different tones.

Have a listen to the Imperial Electrical Appetite in the video below.