Brooklyn’s The Boobies talk about Pedals 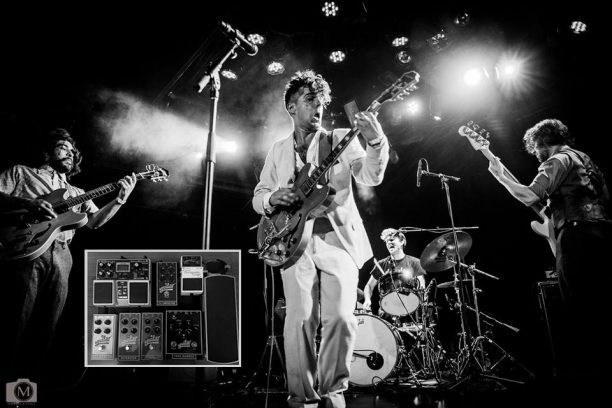 Brooklyn’s own The Boobies are a garage pop four-piece with some instant-earworm songwriting chops, but don’t let that fool you—the group isn’t afraid to get dirty and bare their fangs when they mean it. With the recent release of their single, “Children of the Dark Art,”  the band agreed to give the Deli a peek at what goes into their songwriting process, and what gear they’re currently using to achieve their distinctive sound. – Olivia Sisinni

Here’s what’s under the band’s feet when they perform live: 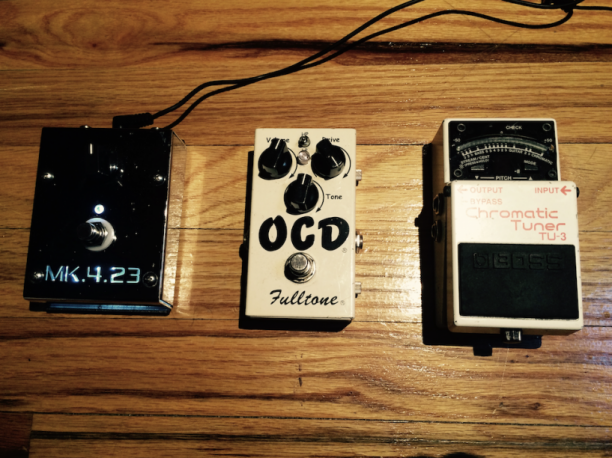 OCD Overdrive: For when I need to get a little nasty.

Boss TU-3 Chromatic Tuner: I carry this one in my purse everywhere I go for protection against perverts and thieves. I also tune my guitar with it. 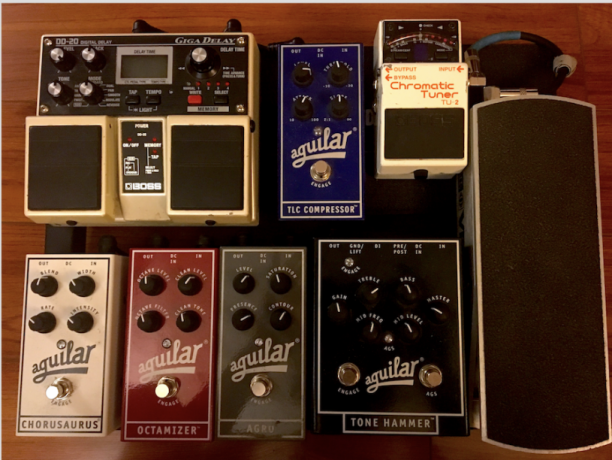 Aguilar TLC (Compressor): This is a very transparent and flexible compressor. I use it for either sustain on slow songs or as a boost/sustain to feed into a volume pedal followed by a delay–this enables me to create very powerful swells.

Ernie Ball VP JR (Volume): This is used primarily for tuning and swells

Aguilar Tone Hammer (Preamp/DI): This pedal does a couple of things super well but I use it for overdrive in live situations. Between the gain, master, and mid level,  you can dial in varying flavors of saturation.

Boss DD-20 Twin Delay: This delay pedal is super flexible. I primarily use it for swells in conjunction with sustain and volume (TLC>Ernie Ball/Volume>DD-20). Basically, I set the tempo to manual mode, tap in the tempo, engage the TLC, and feed the boosted signal into the delay via volume.

Aguilar Agro (Saturation): I use this pedal for extreme distortions when I really want to cut through. It’s super musical and never seems to get in the way of other instruments.

Aguilar Octamizer (Octave): I use this octave pedal for impact on big choruses or breakdowns. Plus, I like to feel the bottom of my pants shake.

Aguilar Chorusaurus (Chorus): This chorus is super flexible for how straight forward it is. I use this when I want to lighten the mood or add subtle modulation on sustained parts.