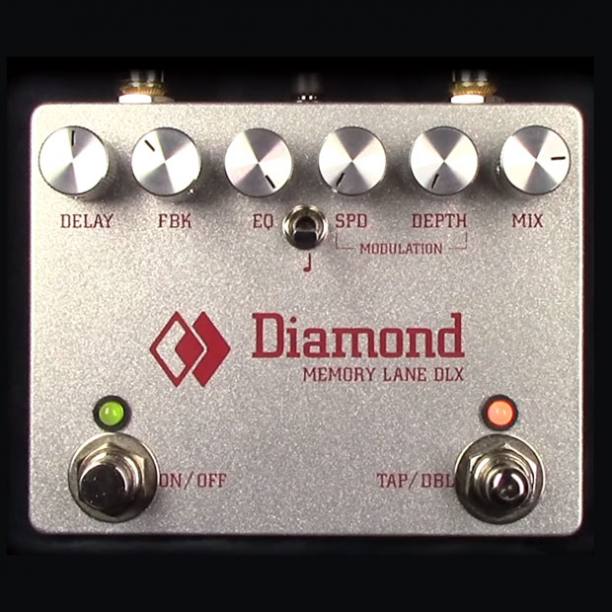 The original Memory Lane pedal by Canadian builder Diamond Pedals went down in history as the first analog delay with tap tempo, but the device got plenty of great reviews for its sound too, finding a permanent home in many pedalboards after its release in the late aughts.

Based on a chip that went out of production, the analog Memory Lane was retired after v.2, and replaced in 2011 by a more compact, digital – yet “analog-voiced” – successor called Memory Lane Jr, followed in 2014 by the Jr 2 – both devices offered up to 1200ms of delay.

The Diamond Memory Lane DLX builds on the success of the Jr. by offering several welcome add-ons, here’s the list:

Right now there are only two videos of this pedal on YouTube (below) and it there’s no mention on it on the builder’s site, so we assume the shipping date will be announced soon.

We added the Diamond Memory Lane DLX, to our list of  Best Tape-Style Delay Pedals, Check out the videos below.